Growing revenues and record-high EBITDA. Wirtualna Polska after 3 quarters of 2019

Wirtualna Polska Holding’s total sales revenue after 3 quarters of 2019 increased by nearly one third to PLN 519 million. EBITDA in the online segment for the last 12 months exceeded PLN 200 million, which is the highest result in the company’s history. Wirtualna Polska has increased its investments in the automotive area. It acquired AutoCentrum.pl and is launching the new version of the superauto.pl site.


The total sales revenue of Wirtualna Polska Holding S.A. in the online and TV segments increased year-on-year by nearly 32%, reaching PLN 519 million. Operating profit rose by almost 15% and net profit amounted to PLN 44.3 million. The improved performance in both the media and e-commerce areas contributed to this result. Wirtualna Polska invests in the development of both areas.

The following table presents the main positions of the income statement for the period of 3 and 9 months ending 30 September 2019 and 2018. 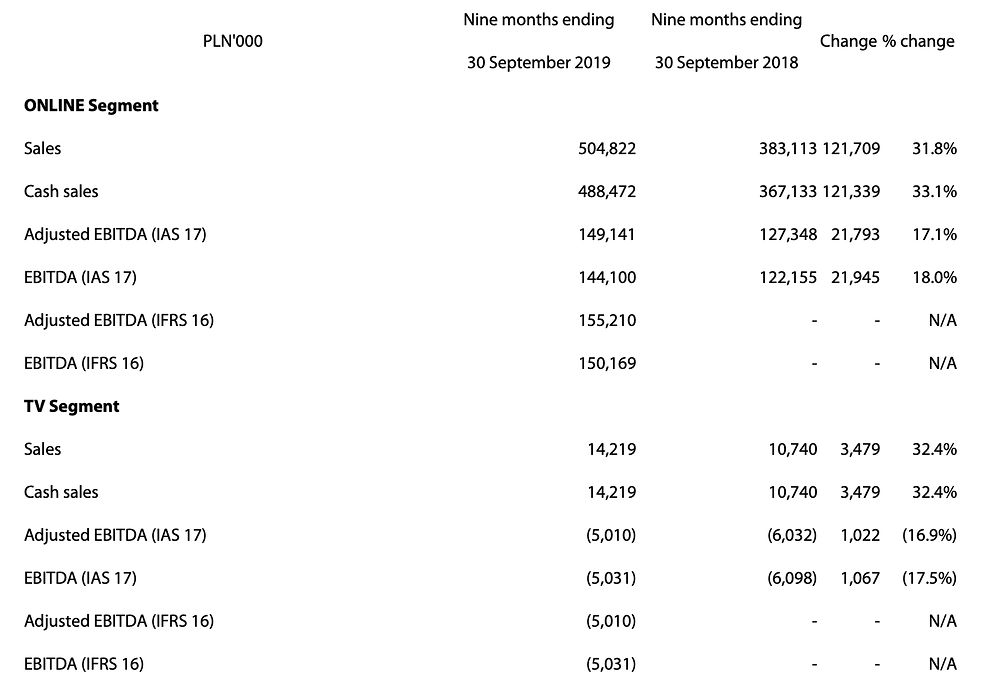 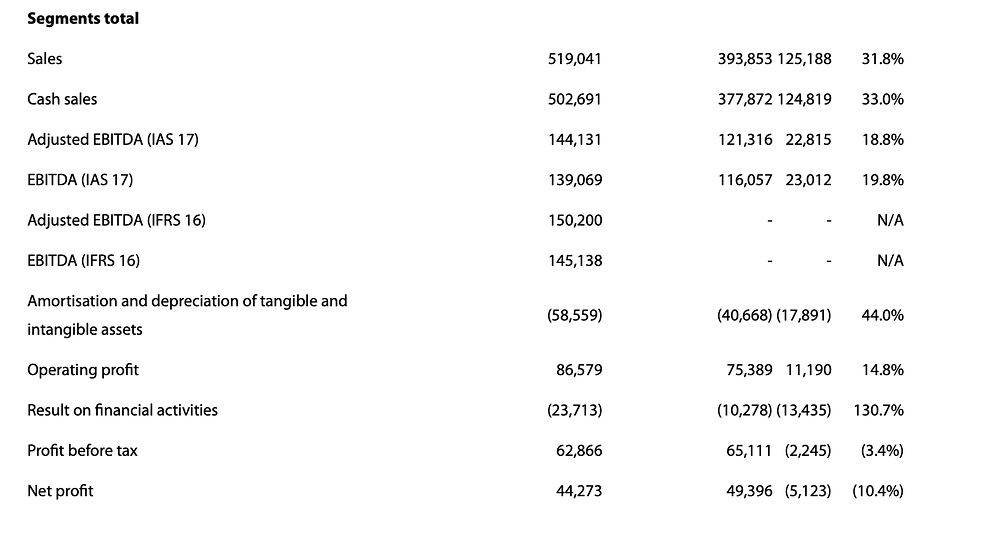 Wirtualna Polska has also introduced a new standard of video advertising. In the 3x100 offering, advertisers pay only for the video spots that are counted using the following criteria: 100% of the player with the video advertising viewed for at least 2 seconds, not skipped, i.e. watched until the end. This is the first such offering available from Polish Internet publishers. Following the introduction of the viewability measure, this is one more innovation increasing credibility of campaigns carried out in WP.

Wirtualna Polska is a media and e-commerce holding group. It owns the WP horizontal portal and it also operates specialized topical websites such as money.pl, WP SportoweFakty and WP abcZdrowie. In the e-commerce sector, WP operates in the area of travel (among others wakacje.pl, nocowanie.pl, eholiday.pl), fashion (domodi.pl and allani.pl), interior design (homebook.pl), house design (extradom.pl), financial services (totalmoney.pl) and the automotive sector (superauto.pl, autocentrum.pl). According to a Gemius/PBI survey, more than 21.3 million Poles used WP’s internet products in October 2019.