In the first half of 2017, Wirtualna Polska’s cash revenues increased almost 16%. In the online segment alone, the increase in cash revenues surpassed 14% with an increase in adjusted EBITDA of more than 10%. The company intends to continue its growth and announces new products for e-commerce customers and new image formats with high viewability.


“The results we are announcing today for the first half of the year reflect the rate of growth of the Polish online market. In the second half of the year, we intend to continue to grow at the same rate by introducing new products for e-commerce customers and new image formats with high viewability,” said Jacek Świderski, CEO of Wirtualna Polska Holding S.A.

The table below presents the main line items of the statement of financial result for the first six months of 2017 and 2016. 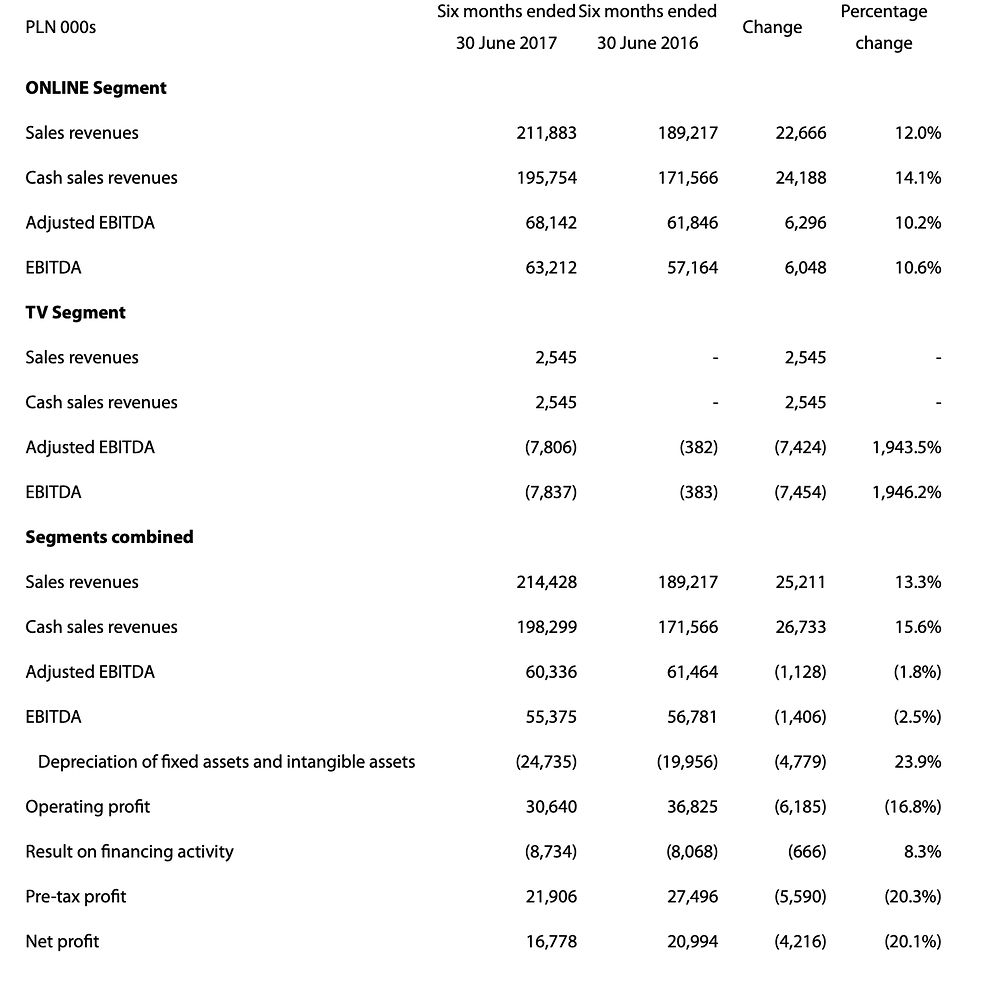 The Group’s revenues on the sales of services increased more than 13% to PLN 214 million in the first six months of 2017. In turn, cash sales revenues of PLN 198 million were up nearly 16% compared to the sales revenues in the corresponding period of 2016.

Revenues on the sales of services in the Online Segment increased in the first six months of 2017 by PLN 212 million, or 12%, compared to the sales revenues in the same period last year. In parallel, cash revenues reached PLN 196 million, having increased 14%. In the reporting period, the Online Segment generated PLN 68 million in adjusted EBITDA, up by nearly 10% compared to the first six months of the year before.